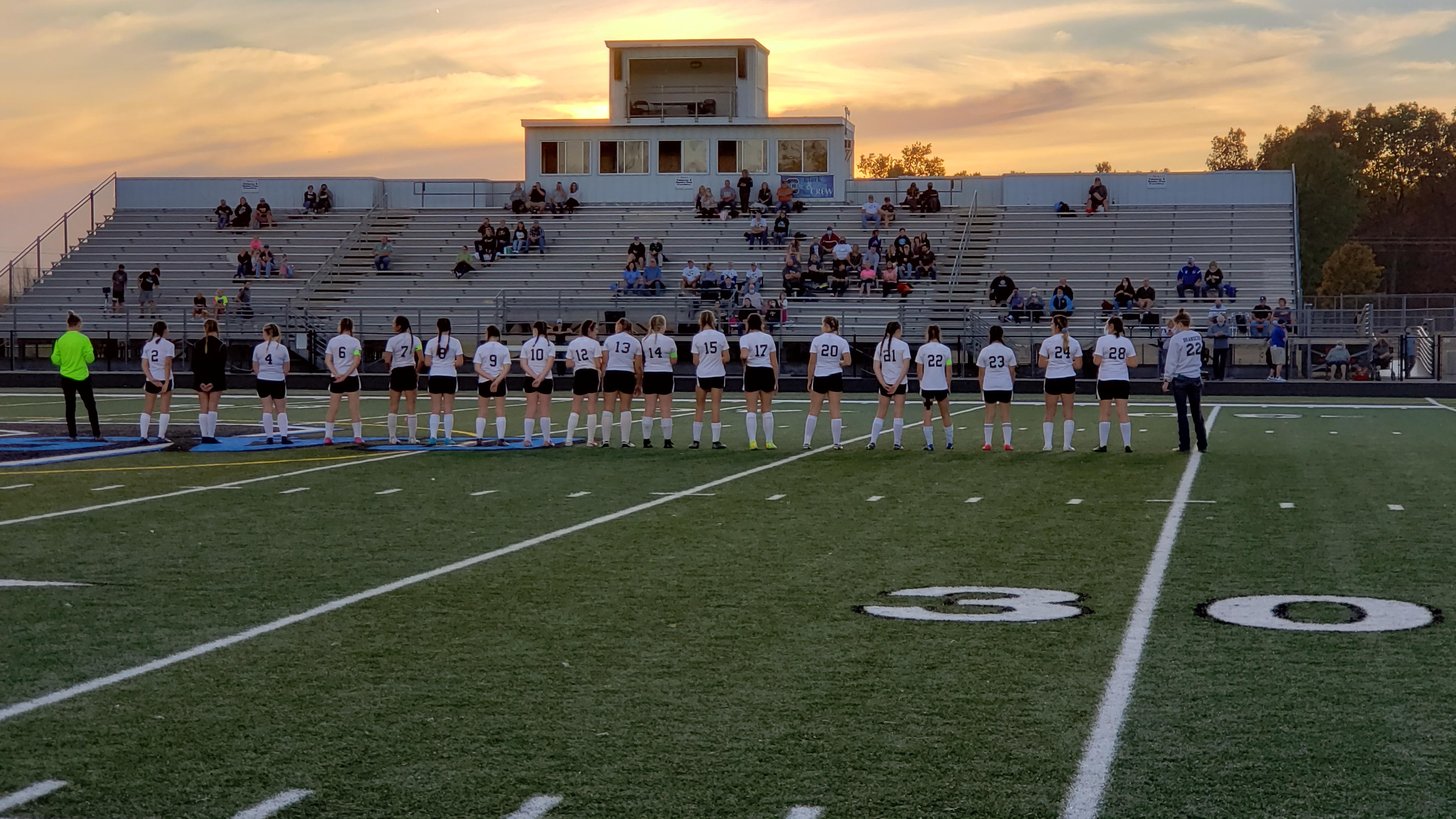 The Lady Cadets and Lady Bulldogs played on Thursday, October 8th in the IHSAA 1A Sectional Competition. Cascade is the host school for the Sectional 41 matches and this game was a rematch of the contest that Cascade won 3-0 in September. The Lady Bulldogs were coming off an exciting win against North Putnam on Tuesday night and looked to keep the team energy building toward another good victory. But the Lady Cadets came out firing in the first half and took some of the offensive energy out of Monrovia’s effort. The Lady Cadets recorded 18 shots in the first half with 10 shots on goal. Coach Franklin commented on the first half, “Mallory Laughlin and the other forwards were on fire in the first half. We got around the left side of Monrovia’s defense and put numerous crosses and SOG for Monrovia to contend with. We played exactly the way I knew we could but we just couldn’t find the back of the goal. Credits to Monrovia’s team defense and their goalie in the first half. I thought we were going to score at least twice in the first half with all of our strong shots.”

The second half started with a similar flurry from the Lady Cadets but this time the Cadets were able to find the back of the goal. Around 12 minutes into the second half, the Lady Cadets had a flurry of close shots near the Monrovia goal and Emily Branscum finally poked the ball into the goal. Emily has now scored three goals this season for the Lady Cadets. The 1-0 Cascade lead pushed Monrovia out of their tight defensive shape and that opened up the field a bit more to help the Lady Cadets move the ball up and down the field. At the 20 minute mark in the second half, the Lady Cadet’s defensive centerback Sydney Gabbard received an errant pass from the Monrovia defense and ripped a 35 yard shot into the top corner of the goal for the team’s second goal of the half. Coach Franklin commented on Sydney Gabbard’s shot, “I told Sydney to move up a bit to fill in some open space and she knows that she has a green light when she is in rhythm. Her shot was struck perfectly and was unstoppable in that top corner.” The second half goal was Sydney Gabbard’s second goal of the season.
The Lady Cadets will now face the Southmont Lady Mounties on Saturday afternoon for the Sectional 41 Championship game. Southmont defeated South Vermillion in the opening game of the evening 2-0. Cascade and Southmont played each other just two weeks ago on the same field and the Lady Cadets came away with a 2-0 victory. Coming into the Championship game, the Lady Cadets season record now stands at 9-5-2 and the Lady Mounties season record stands at 3-7-1. The Lady Mounties are the defending Sectional 41 champions.

IHSAA Semi-State
10:30 am
View All Events